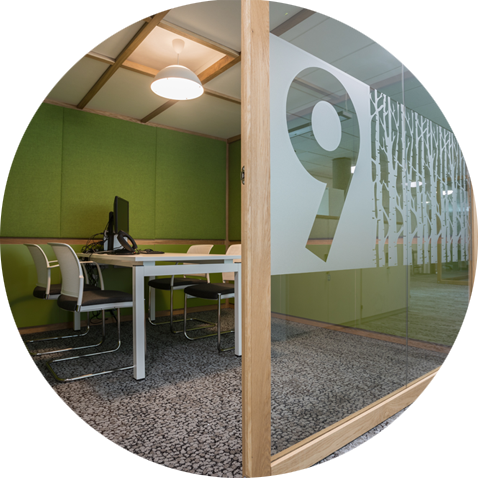 Chelmund’s Village Cross Centre is part of North Solihull Council’s investment in the future as they seek to regenerate and boost the whole area with a series of innovative and exciting projects aimed at bringing in new business, and extending not only opportunities for retail developments but also schools, medical centres and council offices. It is a purpose built complex specified to be of “the highest design quality and environmental performance” with the requirement that it was a “contemporary design solution” which reflected “an understanding of the sites’ context.” The office floor area where the Hubs were to be situated was intended for use by the Council’s children’s services units, where privacy and confidentiality are an obvious concern. Another, equally important part of the brief for the designer was that this office space should become a place of sanctuary for the employees, whose everyday working lives, given the nature of their work, would be particularly stressful and demanding. The designer worked closely with the client to understand the type of work involved and the particular stresses they would face. 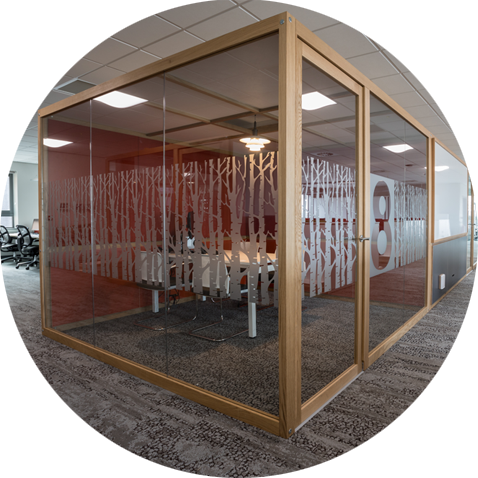 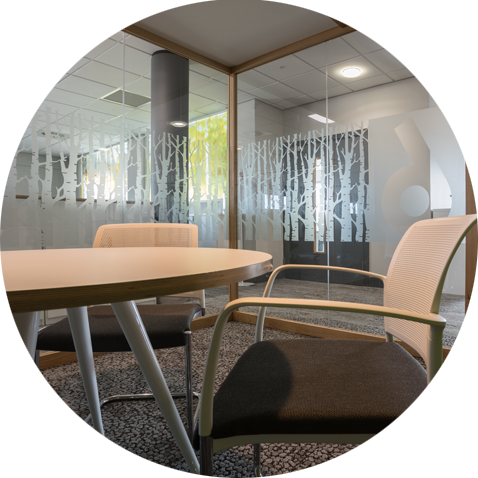 One of the reasons why this project was so interesting was that it demanded that three of the hubs should be co-joined. It was important to make sure that the acoustic properties of the three joined hubs were still as high as for a single hub. This issue was successfully overcome. On a single wall, we use 18mm of ply with 50mm of Autex for sound absorption. A good acoustic wall needs to block and absorb sound and a stand-alone Hub achieves this through its 4 layer system of fabric/air gap/50mm Autex/Birch ply blocker. With a party wall using the same frame, the 4 layer steps up to 7 layers: fabric/air gap/Autex 25mm/ply blocker 18mm/6mmAutex/air gap/fabric. This maintains an even balance between blocking and absorbency which is needed to achieve a good acoustic environment. Additionally, having a shared wall means that the middle hub has three walls of absorbent material instead of two, therefore creating the least reverberation. In an uncontrolled test, it performed extremely well.
The client also requested French Oak instead of Douglas Fir in empathy with their existing design.
Everything was finished to high specifications, including Louis Poulsen light fittings, 12.8mm of Stadip Silence glass from St Gobain, and plug and play electrics from OE. 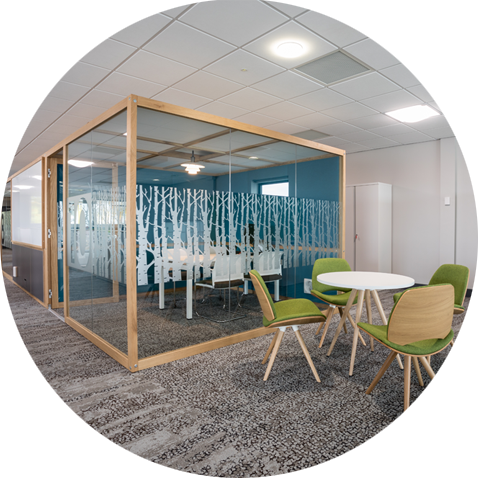